The wonder of it all, of course, is that Carlon can use such a simple device in so many different ways without our growing weary of it. Indeed, the tension toward the novel's end is almost unbearable; like Hitchcock, she isn't unwilling to cause her characters pain in the name of suspense.

Yes, it's sadistic to enjoy watching a novelist torture her characters at such length, but I dare you to read pages of The Unquiet Night and set it down with the final thirty left unread. This is, quite simply, about as good as the genre gets. T he Price of an Orphan , which Soho Press has now released in paperback after last year's hardcover American debut thirty-five years after Carlon wrote it , is almost exactly the same length as The Unquiet Night , but it moves at a decidedly more leisurely pace that makes it feel longer and a bit more substantive—at some expense to that breathless quality you expect in a thriller, of course.

Ironically, the two novels share a jarring detail: they both have nine-year-old children at their center.

But The Price of an Orphan 's nine year old does indeed witness his book's murder, and he can actually fight back against the murderer should they try to silence him—but only if he can get someone to listen to him. Johnnie has been taken in by a young, childless couple as a foster child, but it's turned out to be a mismatched pairing.

While the Stuarts live on a farm in the outback, Johnnie prefers the city, and their disagreements and misunderstandings escalate as Johnnie begins to tell elaborate lies as a way of rebelling. Inevitably, when he tries to tell the Stuarts about the woman in the bright red dress being murdered near the farm's series of caves, nobody believes him—no matter how many believable details he offers.


Unfortunately, he's missing the most crucial detail—the murderer's identity; he'd seen the murderer from a distance and can only identify their clothes. Then, when the murderer offers to drive Johnnie back to his father in the city by a roundabout tour through the outback, Johnnie's hopes and ours seem dashed.

The tension builds appreciably at this point, of course, and Carlon plays up particularly well the deliciously frustrating problem of being a small, seemingly helpless child trying to outsmart a tough adult who has successfully cut you off from everyone else and is devilishly talented at explaining away your rare chances to shout murderer. Carlon invests more time in building up the psychological complexities of The Price of an Orphan 's central characters than she does in The Unquiet Night , which makes critics in search of substantive themes happy and has the added benefit of making the book feel significant to readers who want their books to be more than guilty pleasures.

The caves, for instance, might bring the Marabar Caves to mind among readers who know their E. Like A Passage to India 's famous caves, Carlon's have strong metaphorical implications: diminishing the individual's significance in the face of nature's grand, subtly dangerous show on the one hand and on the other symbolizing the dangerous pitfalls that lie before anyone exploring their repressed subconscious.

The Stuarts, after all, have no children of their own; in time, they don't even sleep close enough to touch in bed, which hints at far darker repressions. But for all that, The Price of an Orphan remains, at heart, simply a stunningly strong piece of suspenseful writing. Indeed, the final pages of The Price of an Orphan are brilliantly managed, with enough tension to make readers crush a drinking glass in their fist, even though all the tension hinges on implied action; in reality, everyone is caught up in that dead-silent tension Hitchcock uses so well when suspicion on one side and the unsatisfied desire to scream on the other render characters mute.

The final scene in Hitchcock's Notorious comes most readily to mind here, but these final pages often feel shockingly close to the used car dealership scene in Hitchcock's Psycho. The Unquiet Night may be a better novel of suspense overall, if only because its plot is so taut and the tension so beautifully maintained.


But The Price of an Orphan works through another rhythm altogether, and its accumulated suspense, handled so masterfully in the finale, is riveting. Happily, Soho Press hasn't finished with Carlon—they will next publish her Hush, It's a Game one of Carlon's more promising titles and expect to publish at least two more—and they merit accolades for bringing this superb writer's mysteries to Americans. Hopefully, she'll finally get the attention she deserves. Posted August 1, About the Author. Patricia Carlon was born in Wagga Wagga in She now lives in Sydney.

Her suspense novels, which were first published in Australia in the s, have now been published in seven counties. A complete index of WAG's most recent interviews, reviews and original fiction. A list of the current most popular WAG pages. A contact list for WAG's editor, its graphic designer and its contributing writers. WAG-related queries answered by our patron saint, Oscar Wilde.

But what, precisely, is a wag? A complete index of WAG ' s most recent interviews, reviews and original fiction.

I suppose it's not unusual for the American publishing industry to ignore a talented writer, particularly when the writer has never been published before. Up and Down Australia is the first published collection of Upfield's short works. Kees de Hoog has selected 33 fiction stories, including the only known Bony short story. There are humorous yarns, crime stories, comedies and dire tales about the dangers of living and working in the bush. You will not simply be entertained and informed by reading these stories, but you will sample life in the Australian outback during the early decades of the twentieth century.

Up and Down Australia Again is the third published collection of Upfield's short works. Kees de Hoog has selected 34 short stories, a radio play and the first five chapters for an unfinished Bony novel, some items being published for the first time. There are stories based on Upfield's personal experience as a soldier in World War One, stories set in the Australian outback, and tales of Aboriginals and immigrants crossing paths during the years of European settlement and expansion.

Up and Down the Real Australia is the second published collection of Upfield's short works.

BOOKS OF THE TIMES; 2 Thrillers From an Australian Master - The New York Times

Kees de Hoog has selected 45 autobiographical articles, ranging from humorous outback anecdotes to personal experiences at Gallipoli and the Somme during the First World War. Kees has added The Murchison Murders , Upfield's account of how the "perfect murder" was developed for his second Bony novel, The Sands of Windee ; how Snowy Rowles used it to commit at least one, probably three, murders om ; how the crime was solved; and what happened at Rowles' trial in Description: The Answerth family's mansion seems to deserve its nickname of Venom House - perhaps because of its forbidding setting, an island in the centre of a man-made lake, its treacherous waters studded by the skeletons of long-dead trees.

Perhaps it's because of the unquiet ghosts of the Aboriginals slaughtered by the Answerth ancestors. Whatever the reason, most people are content to give Venom House and its occupants a wide berth Inspector Bonaparte has a sudden urge to get to knows the Answerths and their charming home much better Description: In this witty and entertaining memoir, Alister Kershaw describes the pleasures of his prolonged residence in France - a country of villages - from , when even Paris was a series of villages. 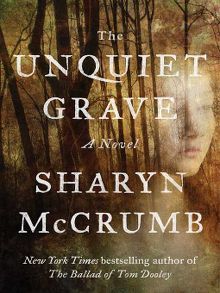 In post-war Paris, Kershaw lived a penniless but joyous existence, tramping streets he had long imagined from the poets and novelists he had read. The author conjures Paris prior to the triumph of the technocrats and town planners, and the major redevelopments that changed the provincial cities for all time. It also traces the author's move into the Berry, two hours south of Paris, where he lives in a hamlet of six houses and finds a rural life amongst a small group of traditional winemakers.

What will his neighbours make of this intruder - a writer, a poet, a broadcaster - and an Australian into the bargain?


Description: From its initial appearance, Wild Cat Falling was recognised as a profoundly important work. Mudrooroo first published it under the name Colin Johnson. In telling the story of a symbolically nameless young Aboriginal man, and of his re-entry into society after a period of incarceration, Mudrooroo offered insights into an Aboriginal's sense of isolation, his literal and metaphorical imprisonment, and his estrangement from his own people and culture.

The young man belongs neither to the white society that shuns him nor to the Aboriginal fringe dwellers who inhabit the white society's periphery. While he can 'talk the talk' of the subversive white 'bodgies', they offer no more clue to his identity than do the university students he charms with his parodic existential angst. This fiftieth anniversary edition of Mudrooroo's Wild Cat Falling, including an updated introduction and autobiography by Mudrooroo, highlights this writer's importance to Australian literature.

Wild Cat Falling has been in print continuously since its initial publication in It is frequently read as a school and university text, and it has helped to establish Mudrooroo as a writer recognised widely throughout the world. Description: 'Well, I can dream can't I? All I have to do is dream, dream, dream, scream I'm now walking through this posh suburb, walking? Wildcat on the prowl.